Amanda Howard began her career as a real estate agent in 1999 in Chicago, Illinois, and eventually led her company to became the #1 Real Estate Team in Alabama! During her 18 year career, she has been featured at local and national speaking engagements, sat at many real estate panels, and has gained features as the local real estate expert in a multitude of local media outlets. She is the Founder and CEO of Amanda Howard Real Estate™ which opened in 2009 in Huntsville, Alabama. She serves on several local boards and committees including the Alabama Center for Real Estate’s Leadership Council, Huntsville Committee of 100, Huntsville Area Crime Stoppers, and an Alumni of Huntsville’s Leadership/Connect Program. Along with her Team, she helped 710 families as they purchased and sold homes in 2016. In 2017, Amanda’s firm was ranked by REAL Trends and reported in the Wall Street Journal as leading top 1% of Teams in America ranking them #30 in the nation, America’s Best Real Estate Agents by REAL Trends ranked her firm the #1 Real Estate Team in Alabama in both categories: Team Transaction Sides and Team Sales Volume. Amanda Howard Real Estate™ caught the attention of Inc. 5000 as one of America’s Fastest Growing Privately Owned Companies for their impressive growth over the last three years. Amanda was also featured as one of HousingWire’s 2015 Women of Influence, and gained the endorsement of Real Estate Mogul and host of Shark Tank, Barbara Corcoran. For a 4 year stint Amanda joined the ranks of Corcoran Consulting and Coaching, a top coaching firm, as ‘CEO Coach’ to share advice and coaching to other real estate teams and firms across the country. She’s since retired from Corcoran to focus on her corporate umbrella which currently consists of corporate headquarters in Huntsville AL, with satellite offices in Guntersville, AL and most recently in her hometown of Jupiter, FL. Outside of her real estate firm, Amanda has invested in four other startup companies that compliment her real estate services. Plans for expansion continue to thrive as she has taken North Alabama and South Florida by storm and proudly believes in the economic force of our dynamic market areas. 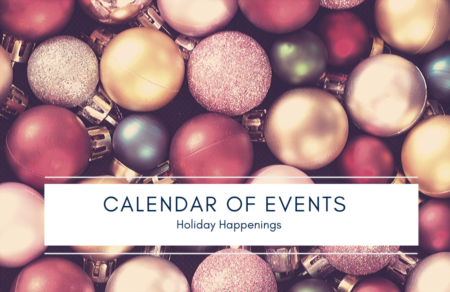 Skating in the Park Dec. 18 - Jan. 3 | 4 to 9 p.m. Join the Huntsville Museum of Art for its eighth annual Skating in the Park. Skate on the outdoor rink in Big Spring Park and enjoy special events throughout the season. Hours of operation are ...